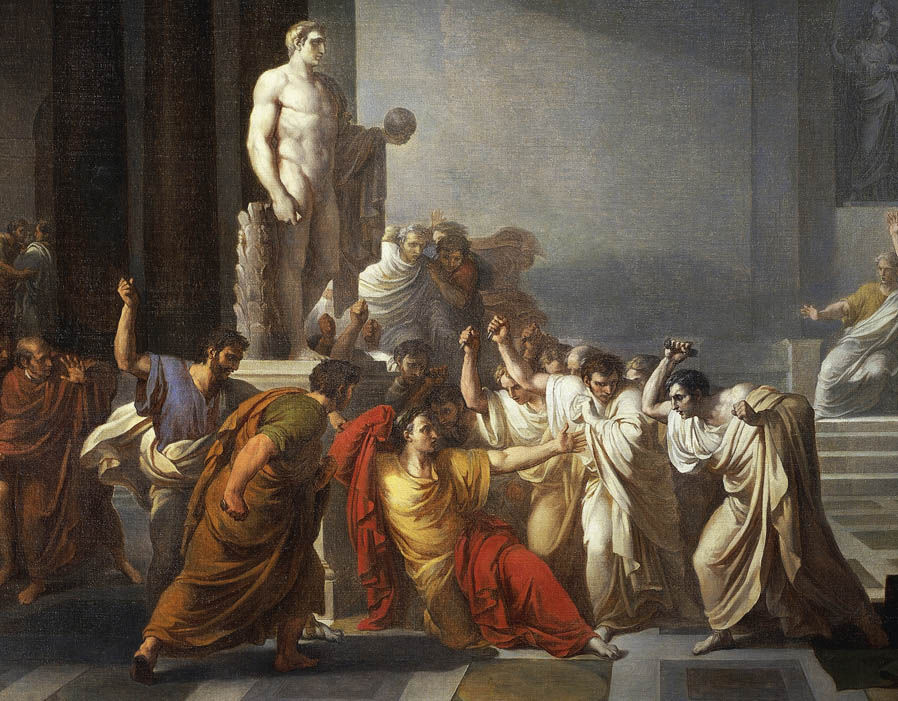 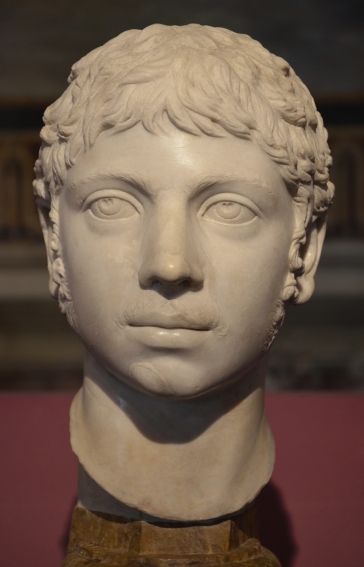 To a Roman, Elagabalus’s mustache was one of many characteristics that marked him as a foreigner (and to me, definitely reads as a teenage boy trying to appear grown up). Photo by Carole Raddato (2015)

Higgledy-piggledy, Heliogabalus
Lurched through the Forum, his
Bottom a-wag.

Vainly pretending to
Gynecological
Matters beneath his
Imperial drag

If any figure in Roman history could be summed up by the phrase “don’t dream it, be it,” it would be Elagabalus. Also called Heliogabalus, he was Emperor of Rome for just four years in the third century, from the age of 14 until his assassination at 18. Despite his youth and short reign, he managed to develop a reputation for debauchery and excess that makes his predecessors Caligula and Nero look like Buddhist monks. In a long parade of mad tyrants, matricides and horse-lovers, Elagabalus stands out as maybe the wildest Roman Emperor ever. That is, if any of the stories about him are true.

Roman histories tell us that Elagabalus spent all his time and money on lavish entertainments, including elaborate dinner parties. At one of these affairs, guests could expect up to 22 courses, with a menu of everything expensive and rare. Tables were piled high with such delicacies as camel’s heels, peacock tongues and ostrich brains (600 at one banquet alone), not to mention “peas with gold-pieces…and rice with pearls.” The boy-Emperor took a hands-on approach to party-planning, choosing each element carefully for its sensory impact. “He gave summer-banquets in various colours, one day a green banquet, another day an iridescent one, and next in order a blue one, varying them continually every day of the summer“, while the fish that he ate were cooked in a bluish sauce that preserved their natural colour, as though they were still in the sea-water.” At some parties guests could get in on the fun, as when “he would propose…that they should invent new sauces for giving flavour to the food, and he would offer a very large prize for the man whose invention should please him, even presenting him with a silk garment.”

Recipe contests were just one of the many entertainments Elagabalus devised for his dinner guests, some of which came at their expense. Once he smothered a group of diners beneath an avalanche of rose petals. On several occasions, he unleashed wolves and leopards on people without telling them the animals were tame and harmless. And in between terrorizing his own parties, the teenage Emperor managed to fit in various other crimes, from cross-dressing and sexual deviancy to corruption and blasphemy, as though working his way through a checklist of everything offensive to Ancient Roman sensibilities.

Most of the wild stories about Elagabalus come from Cassius Dio’s Roman History and the multi-authored Augustan History, sources we should take with a hearty helping of salt. Both were written well after the young Emperor’s death and sponsored by enemies of his family. One scholarly analysis determined that only 24% of the Life of Elagabalus section in the Augustan History is reliable historical fact. While Elagabalus was certainly an unpopular Emperor, the real reasons behind his unpopularity were far less outrageous than the sources tell us. Constructed from a handful of reliable crumbs, the true story runs as follows:

Sextus Varius Avitus Bassianus, first cousin once-removed of the Emperor of Rome, enjoyed a privileged upbringing in the city of Emesa (modern Homs, Syria). The ruling class to which his family belonged was of Roman origin but had adopted Syrian culture. Varius’s native language was Aramaic, and he was raised to worship a local god named El-Gabbal, the Lord of the Mountain, eventually serving as the god’s high priest. When the political scheming of his grandmother and mother led to his being declared Emperor, Varius brought his faith with him to Rome as only a melodramatic teenager could. He had the sacred black meteorite of El-Gabbal enshrined in a grand new temple and demanded the Roman people worship the Lord of the Mountain above all other gods. He later tried to unite the Roman gods to his own through a symbolic marriage ritual, but in the eyes of his subjects the damage had been done, and the Emperor’s popularity plummeted. His power-hungry family decided he was a liability and moved swiftly to replace him with his more tractable and predictable cousin. The eighteen-year old once called Varius was assassinated in a plot organized by his own grandmother. Worship of El-Gabbal in Rome ended with his death.

The story of Elagabalus tells us a lot about how the Roman people saw him as well as how they saw themselves. The Romans were not pleased to have an Emperor who considered himself more Syrian than Roman. They were even less pleased when he tried to impose his Syrian god on them. Elagabalus, as you’ve probably guessed by now, is the Latinized form of El-Gabbal, but he never called himself by that name. After his death, the boy-emperor was so strongly associated with his foreign religion that Romans started using the name of his god to refer to him. It was his foreignness of dress and worship, his being from “the East”, that made the Romans hate Elagabalus. The outlandish stories about him are, at their heart, born of racist Roman stereotypes of Easterners. Opulent and hedonistic. Effeminate and weak, yet also cruel and merciless. Weird sex habits, weird religion, weird clothes and weird food.

The tall tales of Elagabalus simultaneously draw on the Romans’ worst fears about foreigners and present an exaggeration of typical Roman patrician behavior. The Roman upper classes really did serve food and drink imported from far-off places (such as flamingo) as a means of impressing their guests and displaying their wealth in being able to obtain it. Perhaps no Emperor ever actually mixed gold with his peas, but costly dried spices brought in from Asia were the culinary equivalent.

Various Roman sources demonstrate an interest among the upper classes in food as entertainment, and food accompanied by entertainment. In the comedic Satyricon, sausages and cakes spill out from the belly of a whole roasted pig, to the delight of the audience, while the cookbook Apicius offers recipes with disguised ingredients meant to inspire diners to guess what’s on their plates, such as “patina of anchovies without anchovies“. Elagabalus’s dinner parties are again described in keeping with real Roman traditions, but distorted and exaggerated to extremity. The bizarre and sadistic games that followed his grand meals are a corrupted reflection of the poetry recitation, dance and music that accompanied a real Roman Imperial banquet.

That food figures so prominently in the legends of Elagabalus is no accident. The young Emperor’s apparent devotion to dining would have been frowned upon by a Roman reader as further evidence of his lack of manly restraint and thus, his unsuitability for the throne. Traditional Roman ideals emphasized frugality and moderation and decried the vice of decadence (luxuria), in food as in other areas of society. A decent, honest Roman man, particularly an Emperor, ought to be working hard and fighting for the pride of Rome instead of fooling around with fripperies like crafting recipes. Elagabalus’s keen interest in food was just another example of his impropriety, no less grave a violation of social norms than his dressing in drag or refusing to worship the Roman gods.

There are two Elagabaluses: one the serious-minded and deeply religious boy Varius, the other a mythologized caricature. Yet ironically, it is this second, false Elagabalus, the product of propaganda and hearsay, that has captivated later peoples ever since he was first decried by the Romans. Elagabalus’s rockstar image has made him the subject of numerous operas, plays, poems and paintings. This one from 1906 by French artist Gustav-Adolfe Mossa is my favorite; the title is simply Lui, “Him.” And while I acknowledge that the Elagabalus of popular imagination is a fantasy, I have to admit there is something alluring about it. Part supervillain, part queer icon. A mad genius, a gleeful deviant, a culinary experimenter. A “wild and untamed thing” who tried to make the world match the beauty of his own imagination.