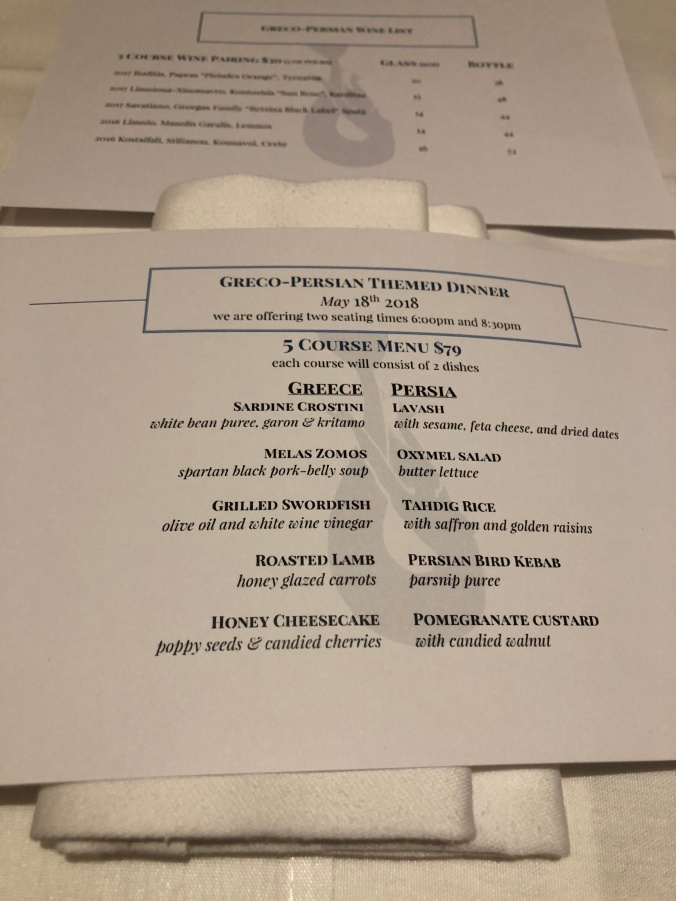 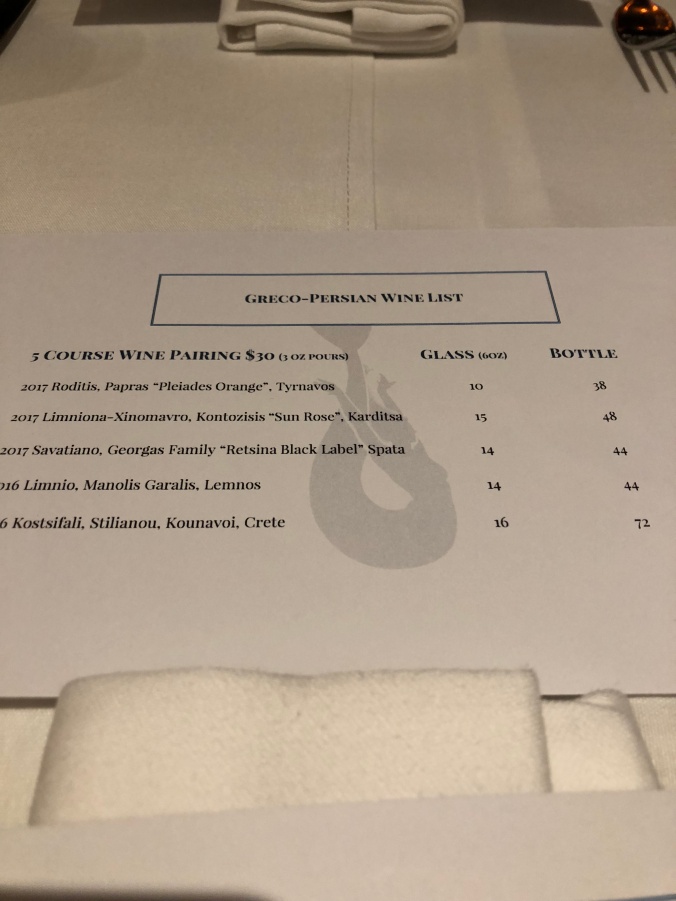 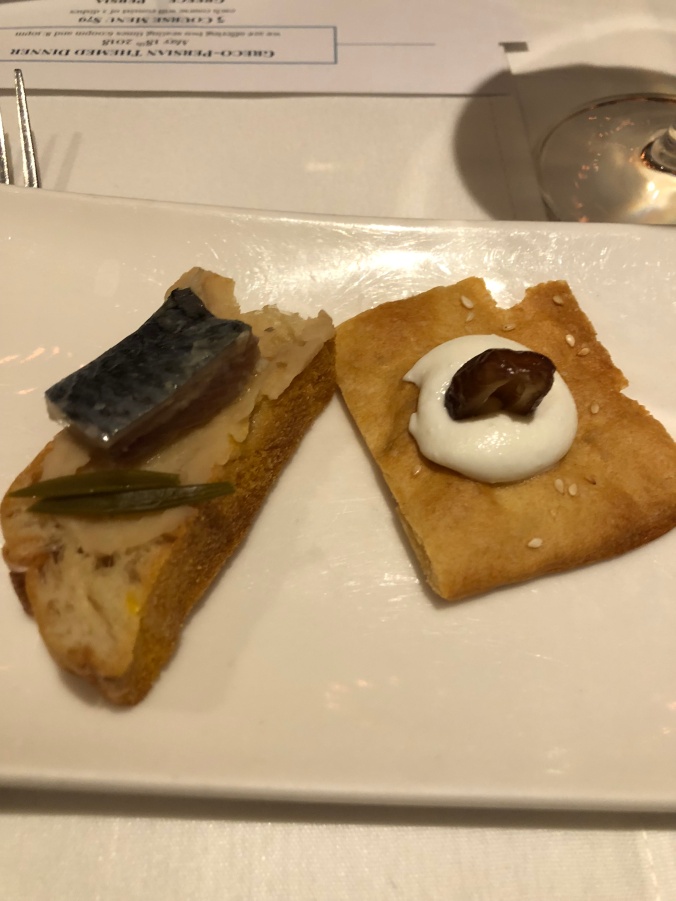 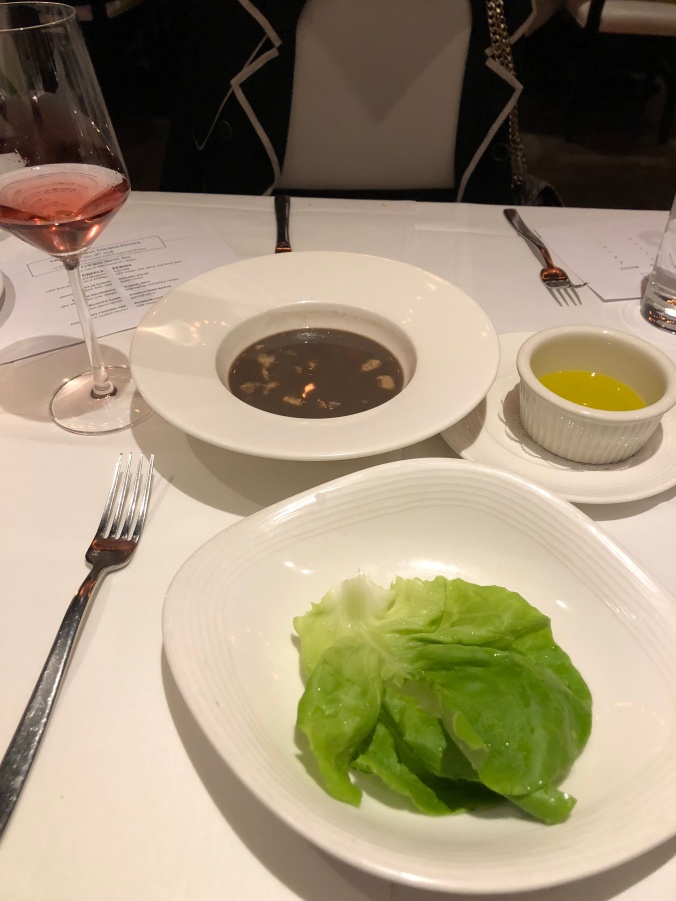 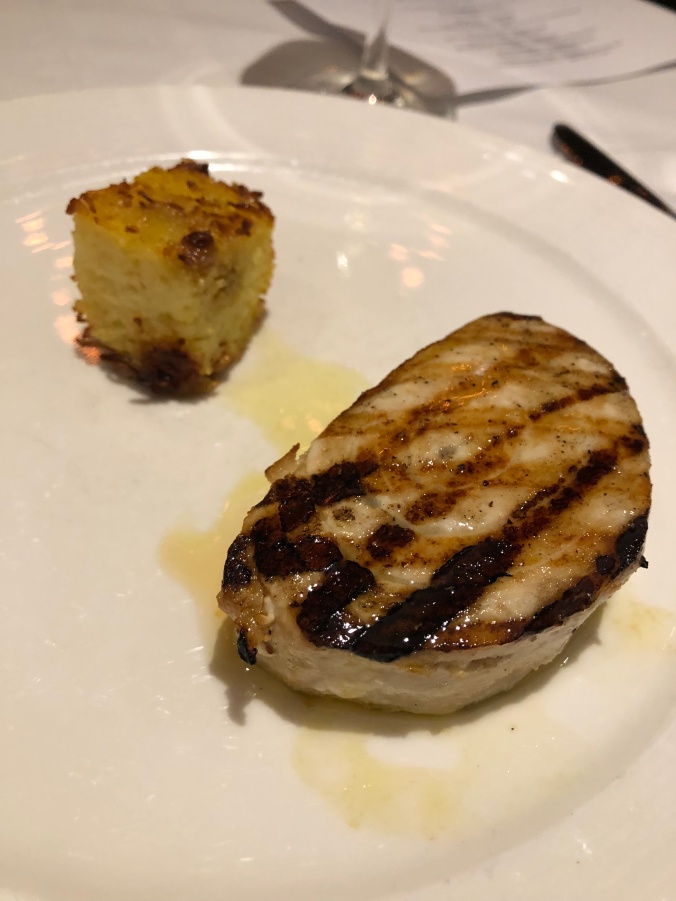 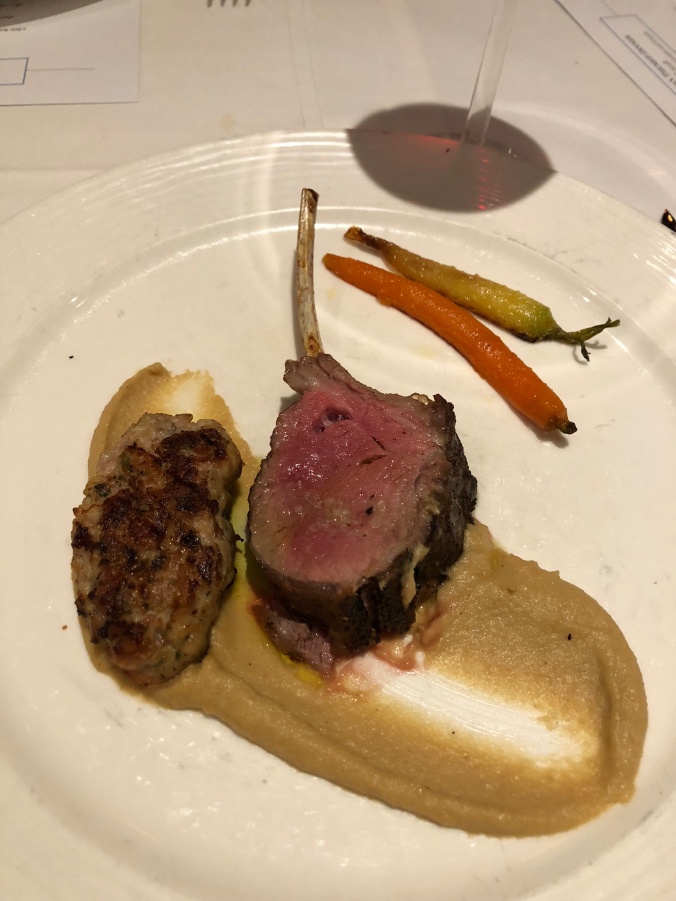 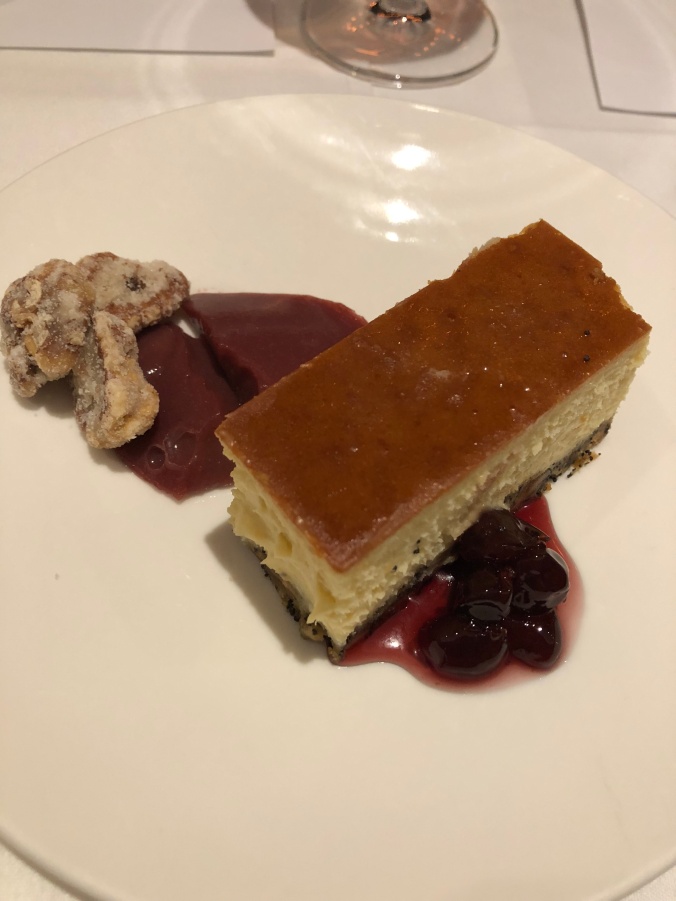 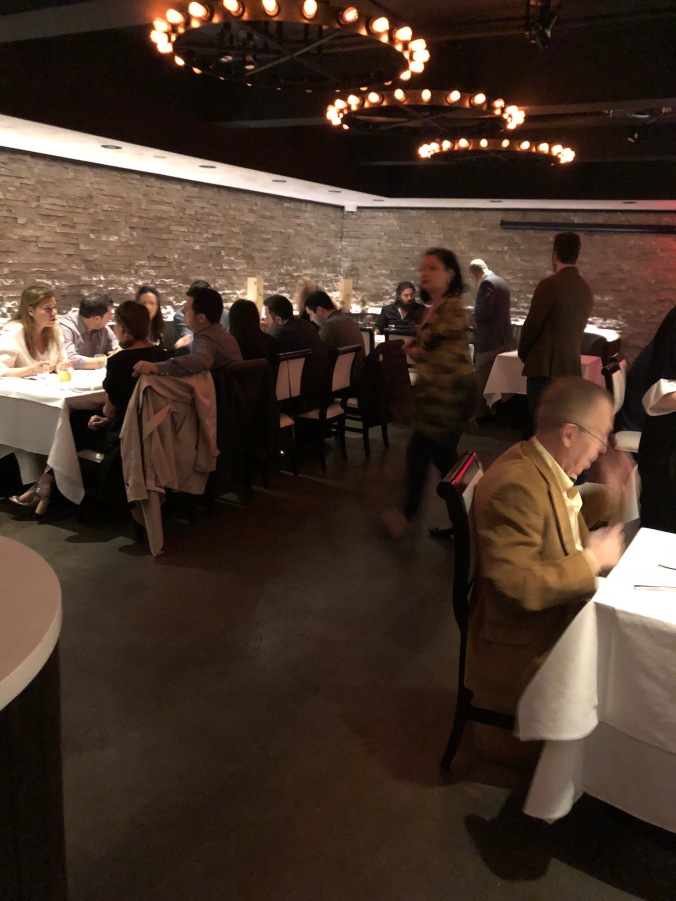 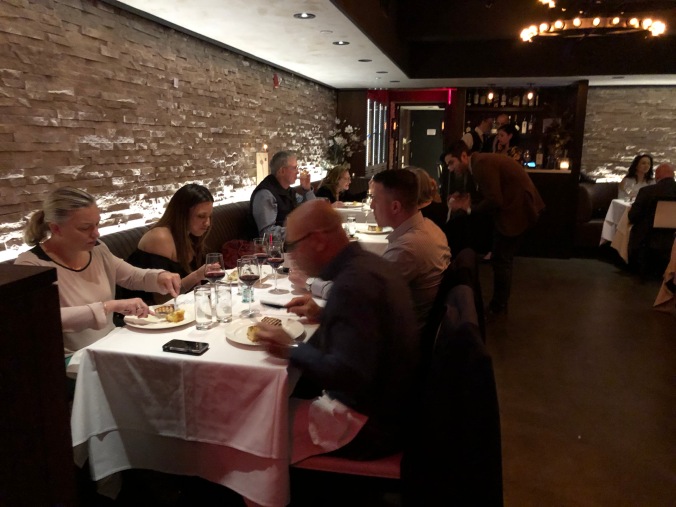 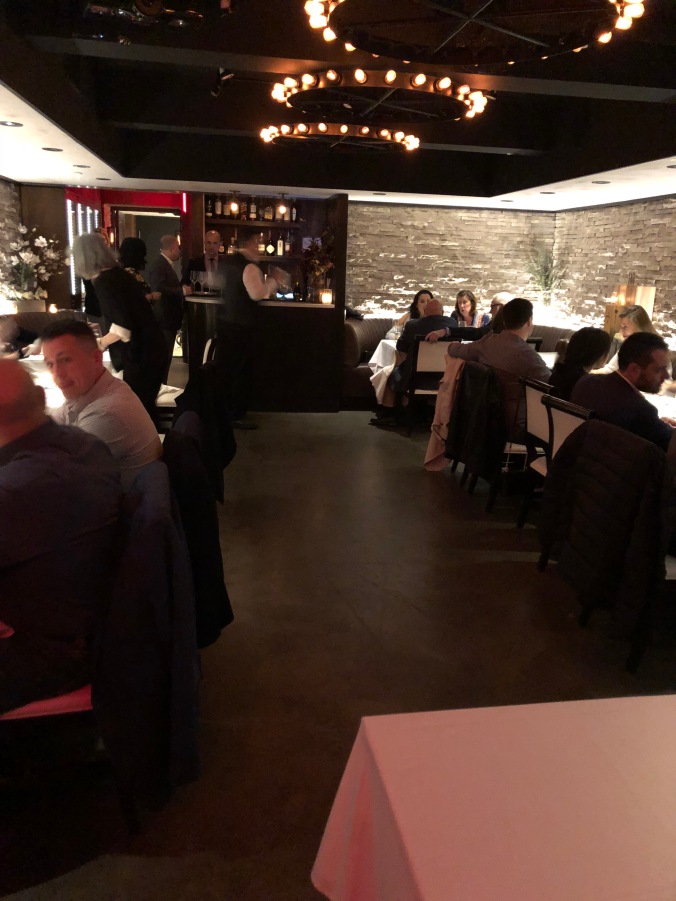 “Make a savillum thus:  Mix half a libra* of flour and two and a half librae of cheese, as is done for libum [another kind of cheesecake].  Add 1/4 libra of honey and 1 egg.  Grease an earthenware bowl with oil.  When you have mixed the ingredients well, pour into the bowl and cover the bowl with an earthenware testo [lid].  See that you cook it well in the middle, where it is highest.  When it is cooked, remove the bowl, spread with honey, sprinkle with poppy, put it back beneath the testo for a moment, and then remove.  Serve it thus with a plate and spoon.” ~ From Cato’s De Agri Cultura (“Concerning Agriculture”), 160 BCE 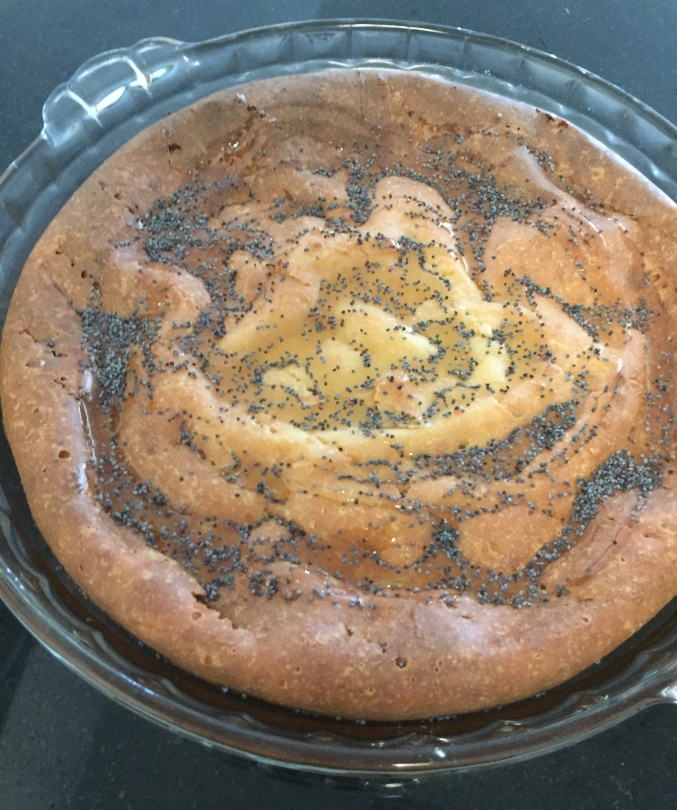 Savillum is a Roman recipe found in De Agri Cultura, the earliest-known work of Roman prose. It was written by the Roman politician Cato the Elder, a man noted for his devotion to simplicity and love of country life. Fitting its author’s lifestyle, De Agri Cultura is a straightforward instructional manual on farming. Those recipes which appear are just as simple and rustic as savillum.

This is one of several Roman dishes that could be called “cheesecake”, although it lacks a crust on the bottom. I frequently choose to make it for ancient food-themed events and parties because it’s an easy Roman dish to love, as it doesn’t deviate too far from a modern Western palate. It’s amazingly simple, with a batter made from just four ingredients: honey, fresh cheese (ricotta or a farmer’s cheese), flour and egg. After baking, the savillum is topped with a spice that was as well-known to the Romans as it is to us: poppy seeds (papaver). One time I ran out of poppy seeds and used black sesame seeds, and it was just as delicious.

Savillum would have been served at the end of a Roman meal, in keeping with the Roman dining customs that we follow to this day: appetizer, main course and dessert, called gustatio (tasting), prima mensa (first plate) and secunda mensa (second plate). Like many Roman desserts, this recipe makes extensive use of honey (mel), the favorite Roman sweetener. In fact, other than fruits like dates and figs, honey was the only Roman sweetener. Sugar was first refined from sugarcane in ancient India around 350 CE, centuries after this recipe was recorded. Even then, sugar did not penetrate far into the Roman world. Its faraway origin made it too expensive for daily use, and the Roman historian Pliny the Elder writes in the 1st century that sugar is to be used “only for medicinal purposes”, as it was said to soothe stomach pain and other ailments. Presumably if sugar had been more widely available to the Romans, they would have experimented enough to learn how to cook with it.

Honey, on the other hand, was widely available because it could be produced in so many places. The islands of Malta and Sicily were main centers of Roman beekeeping, with one Maltese apiary examined by archaeologists harboring over 100 hives. Romans were well-aware of regional differences creating unique flavors and qualities of honey. The Greek city of Cecropia and the island of Corsica were infamous for their inferior honey, while the Greek cities of Hybla and Hymettus were said to produce the best. In his Epigrams (86-103 CE), the poet Martial uses the reputations of these various honeys to make a metaphor about writing: don’t expect good poetry from lousy material, just as you wouldn’t expect Hymettian honey out of a Cecropian bee.

Romans preserved food in honey, used it in sauces for meat and delicate desserts like savillum, and mixed it with water and spices to make a refreshing non-alcoholic beverage called hydromel (honey-water), although they drew the line at fermenting honey into mead, regarded as the practice of foreign enemies. Like rock sugar, honey was believed to have medicinal properties, and the physician Galen wrote that it “warms and clears wounds and ulcers in any part of the body.” Despite this seeming honey obsession, the Roman diet was still low in sugar by modern standards, and Roman burial remains show strong, healthy teeth.

There are many modern recreations of this recipe, but I use Cathy Kaufman’s reconstruction in her book Cooking in Ancient Civilizations (2006).

The savillum will puff up into a golden brown mound as it cooks, which looks pretty cool but is unfortunately ruined by poking holes for extra honey to soak in. It’s mushy, so serve with a spoon, hot or room temperature.

Preheat the oven to 350 degrees. In a bowl, mix all the ingredients except the 3/4 cup honey and the poppyseeds. Pour into a deep pie dish or springform cake pan and cook for 1 hour and 40 minutes. When the cake is firm, poke some holes to allow the additional honey to seep in. Top with 3/4 cup of honey and the poppyseeds and bake for 10 minutes more.

This is one of my favorite Roman recipes I’ve tried. You could easily serve it at a modern dinner-party and none would be the wiser. X out of X.

*Sometimes called the “Roman pound”, one libra was actually only .72 of a pound, or 329 grams.